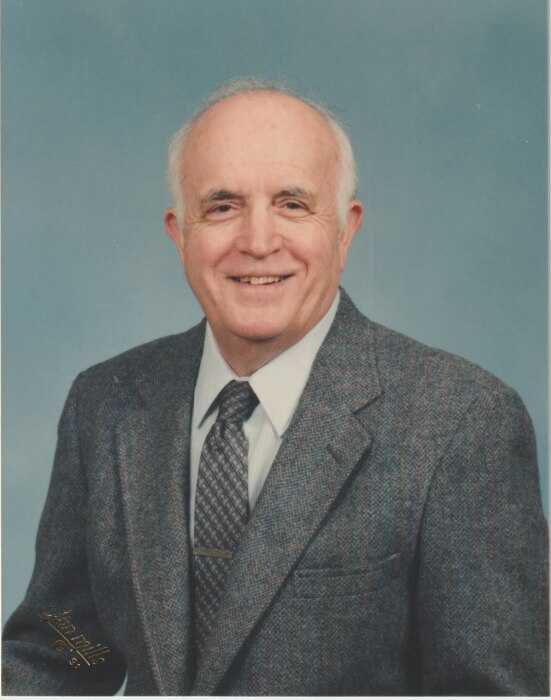 Copy the text below and then paste that into your favorite email application.

Billy Hoskins, 99, passed away on Sunday, October 23, 2022 at The Kenwood Senior Star in Cincinnati, Ohio. He was born on Oct 11, 1923 to William Paris Hoskins, a coal miner, and Alice Hoskins, a school teacher, in Kettle Island, Kentucky. He was raised in Straight Creek near Pineville, Kentucky; the oldest of seven children. He graduated from Union College in Barbourville, Kentucky where he met his late beloved wife of 61 years, Maxine Murphy Hoskins. Billy enlisted in the U. S. Army in November 1942 and served until 1946 in the 116th Infantry Regiment, 29th Infantry Division. He saw combat in northern France and the Rhineland until his discharge at the rank of sergeant. Billy worked as a lithographer for many years until he earned a master's degree from the University of Cincinnati. A mid-life career change led him to a job as an employment counselor for the State of Ohio until his retirement. Billy was an avid reader and intellectually curious until the end. He had many interests in science, history, technology, finance and current events and loved discussing these topics with family and friends. He especially loved family gatherings at holidays and birthdays. Billy is survived by brother Paul Hoskins of Cincinnati, Ohio and sister Patsy Lowe of San Dimas, California; sons Michael Hoskins and Steve (Joan) Hoskins of Cincinnati, Ohio and daughter Karen Hoskins (Dave Kelley) of Troy, Michigan; also grandchildren Bryon (Nathalie) Hoskins of Tampa, Florida, Jason (Cassie) Hoskins of Cincinnati, Ohio, Kevin (Jesse Ohrenberger) Hoskins of Boston, Massachusetts, Aaron (Sarah Simmons) Hoskins of Columbia, South Carolina, Nathan Kelley of Troy, Michigan and Travis (Dawn Hulsey) Gates of Parma Heights, Ohio; also great-grandchildren Olivia and Liam Hoskins of Cincinnati, Ohio, Andy Hulsey of Denver, Colorado and Dakota Hulsey, of Central Point, Oregon. Memorial Services for Billy Hoskins will be held at 11:00 am on Tuesday, November 1, 2022 at the Vorhis Ryan Funeral Home, 11365 Springfield Pike, Cincinnati, Ohio 45246. Visitation for friends and family will be held from 9:00 am until 11:00 am before the services. Interment will follow at Oak Hill Cemetery at 11200 Princeton Pike, Cincinnati, Ohio 45246. If so desired, memorials may be sent to the American Diabetes Association or the Alzheimer's Association.

To order memorial trees or send flowers to the family in memory of Billy Hoskins, please visit our flower store.